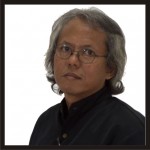 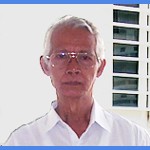 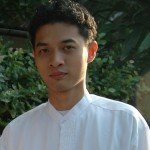 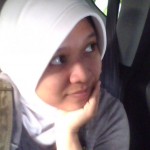 The Implementation of “In Campus” Studio for PPAr

Professional Studio 1 and 2 within the PPAr are conducted “off campus”. This method is a result of negotiations between UII and IAI (Ikatan Arsitek Indonesia – Indonesian Institute of Architects) of Yogyakarta Branch, prior to the commencement of PPAr because UII wanted its PPAr graduates to be granted the status of “Arsitek Muda” (Junior Architect). The process of professional certification is further described in Section 3. In response to the need of quality assurance in the studio supervision process, the management has decided to move the venue of Professional Studio 2 “in campus”. As a result, the Department of Architecture has set up an additional studio facility to accommodate the activities of Professional Studio 2, which has been running since this semester, beginning in March 2016.

The moving of Professional Studio 2 in campus does not change the basic concept of Professional Studio delivery, i.e., incorporating the real architectural project into studio exercises. Within the Professional Studio 2 students are required to work on projects delivered by architects. In other words, the management of PPAr has made some agreements with its partnering architects to bring their work into the studio to be done by students. By this methods, the supervision of students is conducted under the same nature as any other in campus studio, i.e., Architectural Design Studio 1 to 7 within the first 4 years of study (see Section 4), except that the projects assigned to the students are real. In other words, the supervision by project’s owner remains in effect. Students are required to consult periodically the progress of their accomplishment.

Curriculum Structure of the PPAr

In order to overcome such a problem, the “in campus” Professional Studio 2 has been introduced. This mode of delivery allows students to have a more controlled time in the studio than that of the previous structure because the mode of learning is the same as the previous studio learning they experienced during their first 4 years, i.e., Architectural Design Studio 1 to 7. In other words, the Elective 2 can be taken at the same time with Professional Studio 2, yet they can start the Advanced Architectural Theory before they fully complete the Professional Studio 2. In addition, the number of electives offered has been increased to 4, which gives more options and flexibility to the students to choose the electives according to their interests.

Competence Assessment for the Granting of Architect’s Certificate

As discussed in Section 3, prior to the granting of certificate as “Arsitek Muda” (First Degree Architect) at the end of the PPAr, the students must attend an event called “Preliminary Verification and Validation”, which is intended to assure the quality of Professional Studio products before the are examined by LPJK (Lembaga Pengembangan Jasa Konstruksi – Agency of Construction Services Development). In previous years, this process was separated from the PPAr because by default, the granting of certificate is not part of university’s responsibility. However, starting this year (2016), the PPAr management has set up an agreement with both IAI (Institute of Architect Indonesia) and LPJK to integrate the process into PPAr.

The above figure explains that the scope of certificate for “Arsitek Muda” (First Level Architect) is limited, which means that a holder of such certificate (the fresh graduate of PPAr) may only conduct a simple architectural desidn projects. He or she will be allowed to undertake project with a higher degree of complexity after at least two years of experience as a First Level Architect, and passes the assessment of the Second Level Architect (Arsitek Madya) at the end of his/her two years working period.